What better way is there to take revenge on mechanoids than to hack them, and use them as your own combat slaves? What the Hack!? adds a large amount of balanced mid-to end-game content involving hacking and upgrading mechanoids, world quests, crafting an advanced AI and more!. With Giddy-up! mechanoids you can even ride your hacked mechanoids! Beware though, hacking has its dangers.

- Works fine with existing saves.
- Is compatible with most mods (including Combat Extended!), but there are some minor issues with some mods. See the Compatibility notes thread for a detailed list.

ALWAYS provide a log. Press ctrl+f12 after the issue occurs, and place the link in your report. Without a log you're very likely just wasting time for both of us. Also provide as much details that you think that could be relevant as possible. Preferably post your report in the Bug reports thread.

Hugslib, make sure Hugslib loads before What The Hack !? does.

The mod in action 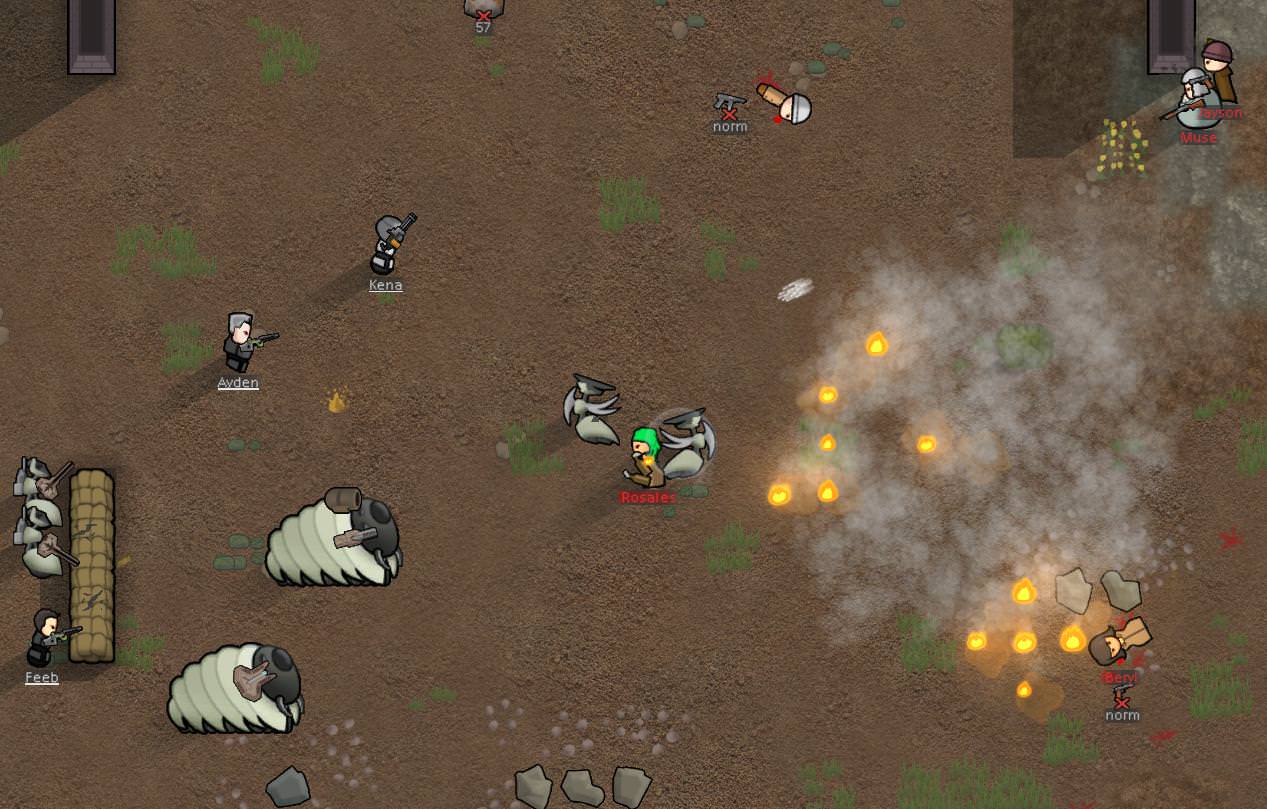 The research screen gives a good overview of what's in the mod: 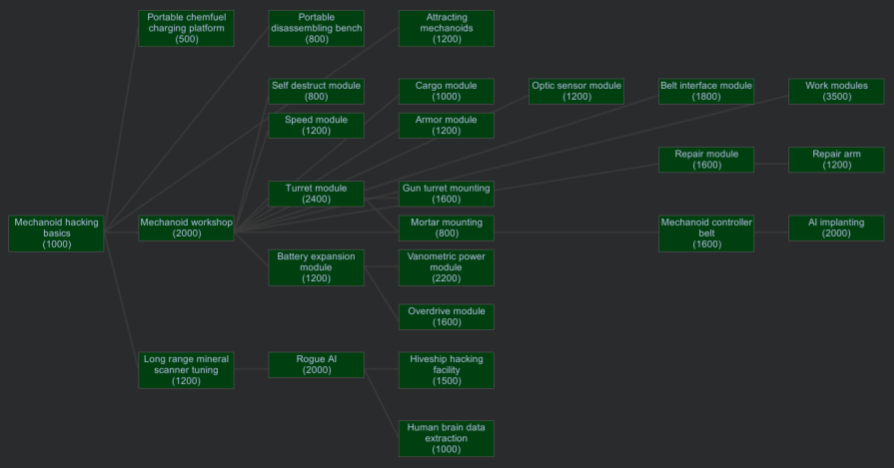 Here's a list if you want to know more:
- Adds the possibility to hack downed mechanoids with the mechanoid hacking facility.
- Mechanoids can be downed again. Only downed mechs can be hacked.
- Adds a "hacking" work type, which levels with both the crafting skill and the intellectual skill of colonists.
- A lot of end game content involving an advanced Rogue AI which you can help to develop a consciousness and which can learn abilities like temporarily hacking mechs, controlling your turrets, controlling your mechanoids and more. Don't get it mad though, as it'll use its abilities against you.
- Hacked mechs cannot use their internal reactor as that would draw attention from the mechanoid hive, so they rely on their internal backup batteries which need charging.
- Hacked mechs need regular maintenance which is performed automatically by your hackers. If it's completely neglected, hacks can stop working...
- Mechanoid platforms are added, which repair and recharge mechanoids on them.
- Various upgrades can be performed. Look at the image below for an overview.
- Repair, maintenance, and hacks and upgrades require "mechanoid parts", which can be obtained by disassembling mechanoids.
- World travel is possible with mechanoids. To support this, a portable charging platform is added.
- Enemy factions can also use (occasionally upgraded) mechanoids during raids. What factions can use mechanoids can be configured in the mod options.

Many more things, just install the mod and you'll see!

One of the most notable upgrades is definitely the turret module, which allows you to mount turrets and mortars on your mechs, including ones added by other mods:

How to hack mechanoids

1. Research basic hacking.
2. Build a hacking table and one mechanoid platform for each mechanoid.
3. Gather mechanoid parts by destroying and disassembling mechanoids. Bigger mechanoids give more parts.
4. Go to the health tab of a downed mechanoid, click Modifications-> Add bill -> Hack mechanoid targeting device.
5. The mechanoid will be hauled automatically to the hacking table, and any pawns with a minimum crafting and intellectual of 5 assigned to hacking, will start a modification job, given there are at least 10 mechanoid parts in store.

- Can this mod be added to existing saves?
Yes
- Didn't B19 remove the possibility to down mechanoids? How am I supposed to hack downed mechanoids if they can't be downed anymore?
Of course I added the possibility to down mechs back into the game.
- What kind of behaviour do hacked mechanoids have? Can they be controlled?
By default hacked mechanoids behave exactly like mechanoids, only then they are on your side, so they have search and destroy behaviour (with some additional logic so they use the charging/repairing platforms). However, if you want direct control you can craft a mechanoid controller belt, and control them directly with a colonist, or you can implant an AI persona core so you have direct control indefinitely (you get the core back when you dissasemble the mechanoid after it dies).
- Why is there a power and a maintenance need, didn't the mechanoids stay functioning for hundreds of years without any intervention?
Maintenance is about maintaining the hardware hack which is delicate, not the mech itself. The power need is there because turning on the generator would inform the mechanoid hive of the location of the hack, hence hacked mechs rely on internal backup batteries. Of course, secretly, these are just ways to balance the mod and to make it more fun.

I'd like to thank the following people for helping me with the mod:
- Madman666: For drawing al lot of sprites and being a great support!
- malistaticy: For drawing the sprites for the mechanoid hacking facility and the mechanoid workshop.
- Noirfry: Helping out with the 1.2 update, and solving some issues.
- Cenbes: For testing, re-organising the research tab, and being Cenbes :).
- rawrfisher: For extensive playtesting and bug reporting.
- Orion: For creating and giving me permission to use the advanced mechanoid chip sprite, which was part of the amazing More Mechanoids, but is no longer used in that mod.
- Pardeike a.k.a. Brrainz for creating Harmony on which this mod relies so much.
- UnlimitedHugs for creating Hugslib, and saving me a lot of time.
- The translators for doing a great job.

Feel free to add this mod to modpacks or to use the code or icons for other projects, though please credit me when doing so.
Do however not release exact copies of my project, or exact copies with minor adjustments without my consent.
Code is derivate from Ludeon Studio.

No longer active as modder.

I'm currently no longer active as modder because I'm working on my own game now. I do intend to keep my mods alive, but won't add any new content.

The game I'm working on right now (with Oskar Potocki) is called Cursed Crew.
Cursed crew is a roguelike crew management game taking place on a 17th century ship in a fantasy setting. You control a captain that needs to keep the ship’s crew alive in a harsh world with environmental hazards, pirates, stowaways, sea monsters and more. More info can be found on the Discord server of our game:

If you really like my mods, please consider buying me a coffee, it would make my day :)