There is support for English, German, French, Spanish, Portuguese, Polish, Chinese, Korean and Russian. It will automatically detect the language of your game, you don't have to change anything.

This mod gives you the ability to craft your own prostheses and artificial organs. Starting with basic prostheses like a peg leg or a hook hand, you can research everything you can think about: Simple prostheses like the vanilla ones, countless new, bionic body parts and even advanced bionics. But to get advanced bionics you have to do plenty of research and they're also pretty expensive to craft.
If you tend to lose your organs, this mod helps, too! You can research and craft surrogate and synthetic organs, so you never have to miss your kidney again!
This mod is quite extensive, so there's enough work to do to keep you busy until the endgame!

Q: What is the difference between this EPOE, EPOE Forked and RBSE?
A: Both EPOE Forked and RBSE are based on the original EPOE (this one).
The Forked version is based on EPOE 2.24 and fixed many issues this version had. These problems have since then also been fixed in EPOE.
The differences between this mod and Forked now aren't that huge. Forked keeps the old 4 workbenches and adds some new parts like prosthetic digits, while the original EPOE tries to stay to closer to vanilla, only adding 2 new benches and having the body parts selection feel closer to vanilla.
RBSE derived way earlier from EPOE, so there some more differences. RBSE has two workbenches with its own unique asthetic. It has also changed how body parts are crafted, so that bionics for example do not require their prosthetic counterpart.
But all three of these mods feature roughly the same bionics and organs, all of them are balanced and all mods should be bug free.
So essentially, it comes down to what you prefer.

Q: Is this mod compatible with existing save games?
A: Yes, it is! I'd recommend backing up a save game just in case, but EPOE shouldn't cause any issues when added to an already existing colony.

Q: Is this mod compatible with *insert mod here*?
A: Yes, it should be. EPOE tries not to replace, but to add. So it shouldn't cause problems with most other mods.
You should however only use one bionics mod, because using multiple of them will most likely cause issues! 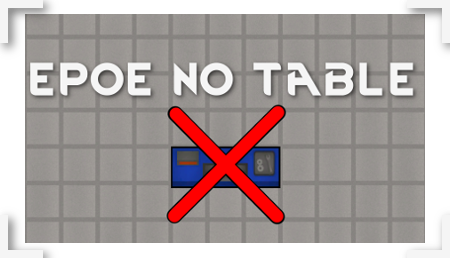 Thank you for playing EPOE!