Look, I'm proud of being a person of good taste. What I mean is, I don’t want to touch those boorish alien Kill-O-Matic guns of megacorps. If you're a real rim pioneer, you can solve everything with your sturdy rifle. Come on you sons of Randy, my shiny bayonet wants to taste your blood!

More Firearms!: To maximize your chances of surviving, you need more guns. It's a simple calculation. Several new guns are added to fill their own niches, such as carbine, battle rifle, and designated marksman rifle.

More Charge Weapons!: Doesn't it seem a bit lacking that the only spacer technology firearms available in this game are charge rifle and charge lance? Good, now you have more of them. These are variations of vanilla charge rifle, stable and powerful end-tier weapons overall.

Smart Weapons!: These are designed as replacements for charged-shot weapons. Firepower has not changed much from conventional firearms, but the user can fire faster and more accurately. If your settlement doesn't have proper shooters, it's a good choice to consider introducing smart weapons.

Styles!: Styles system of Ideology DLC affects some guns look. You can see them through the game. 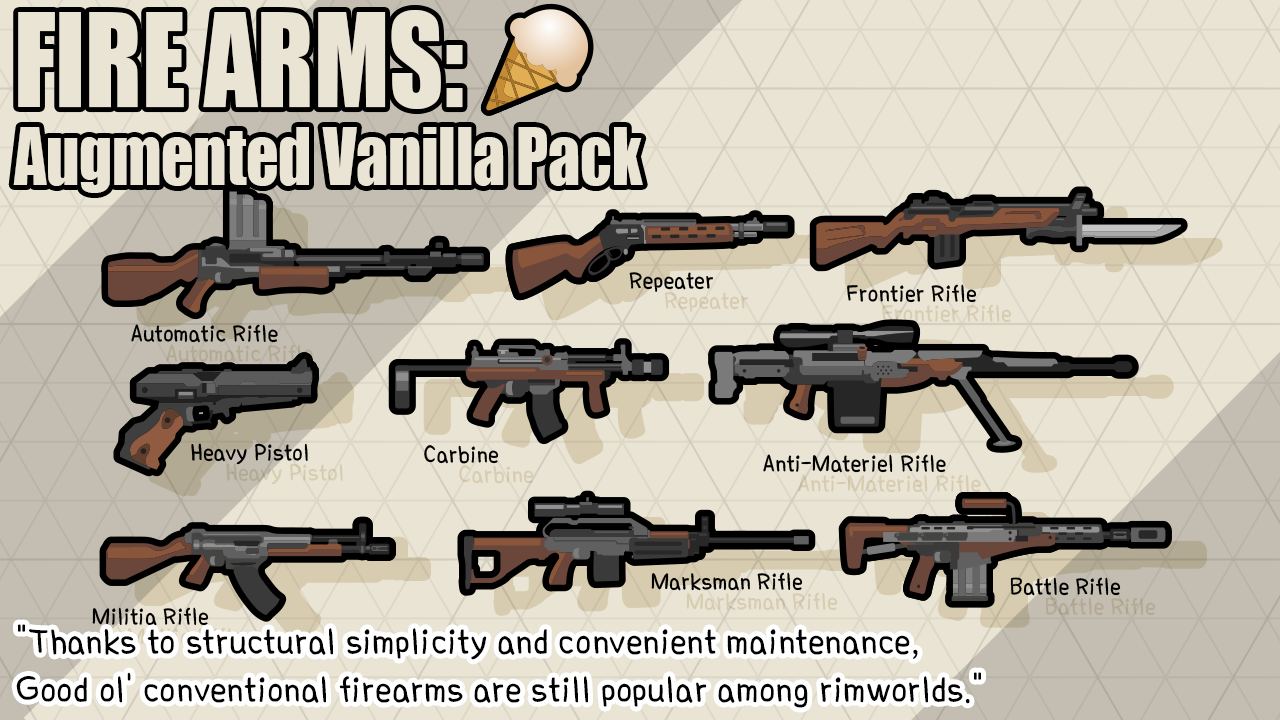 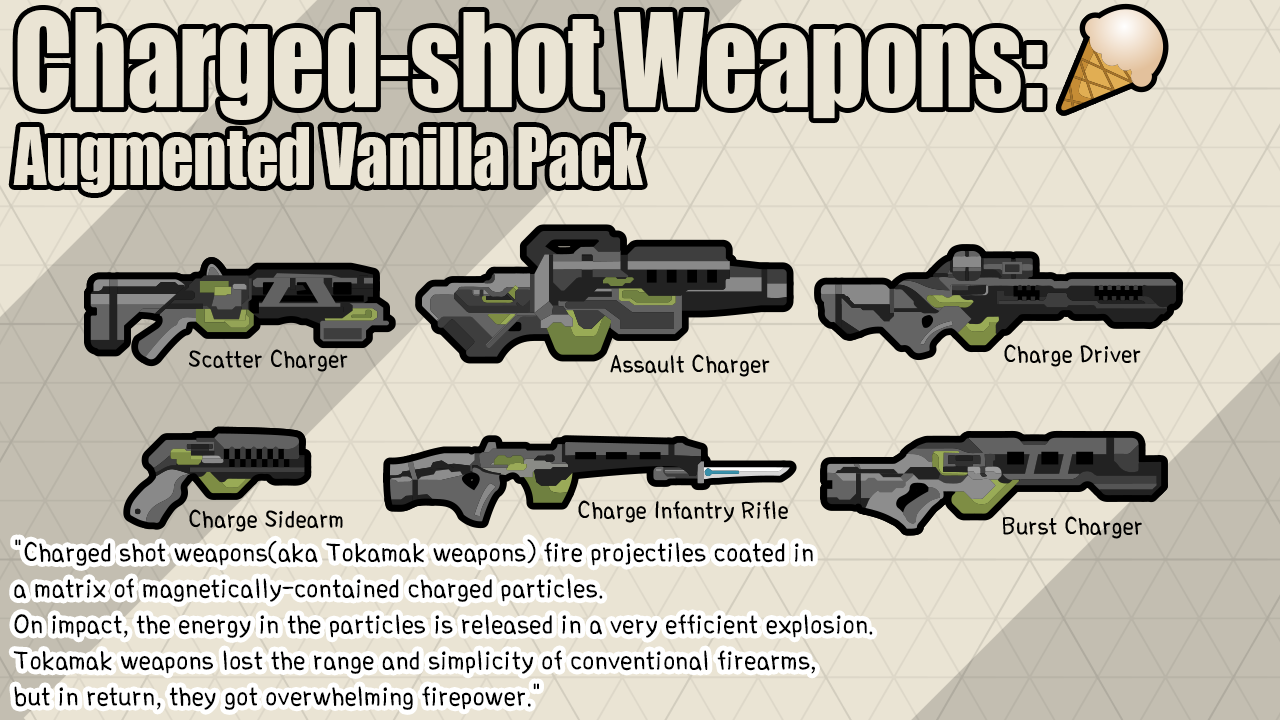 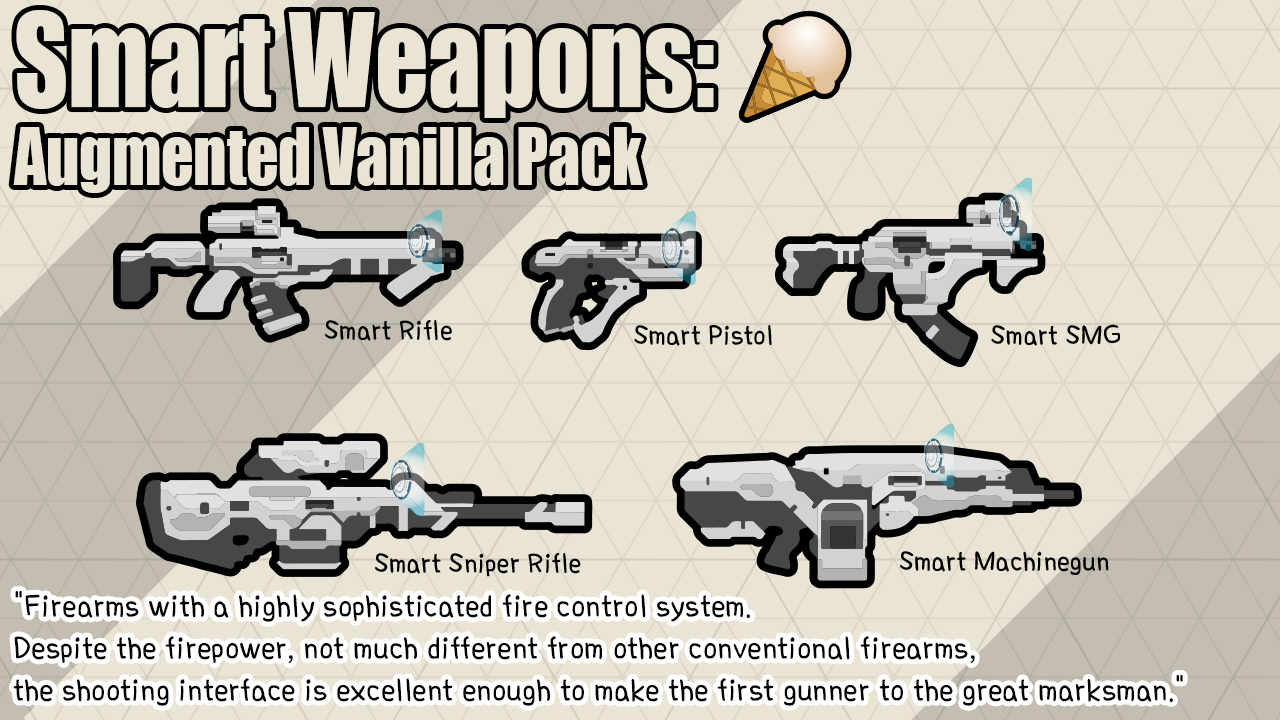 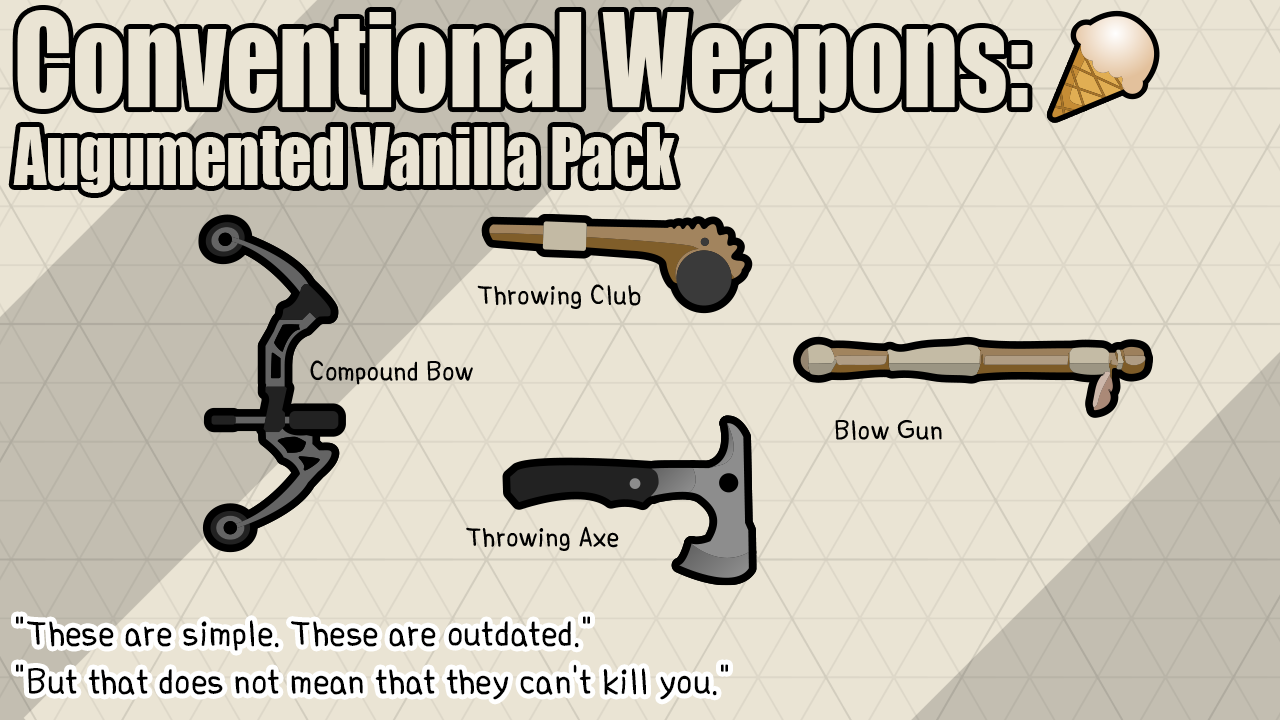 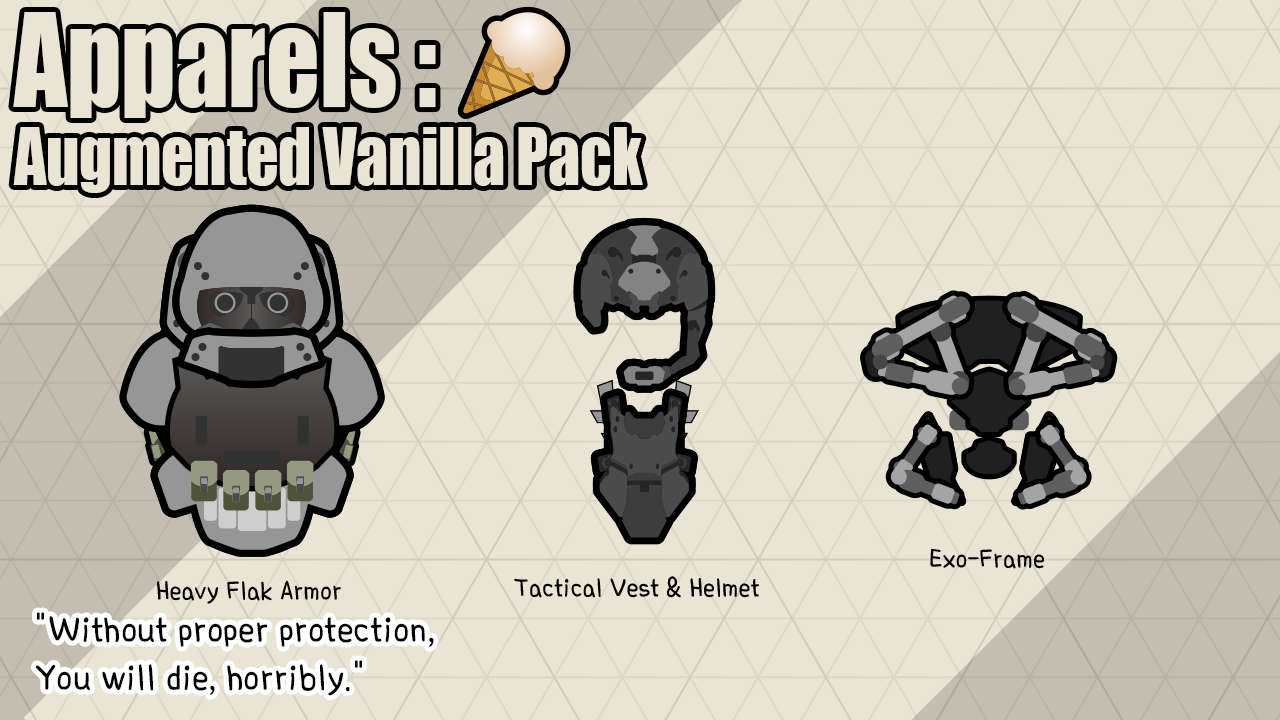 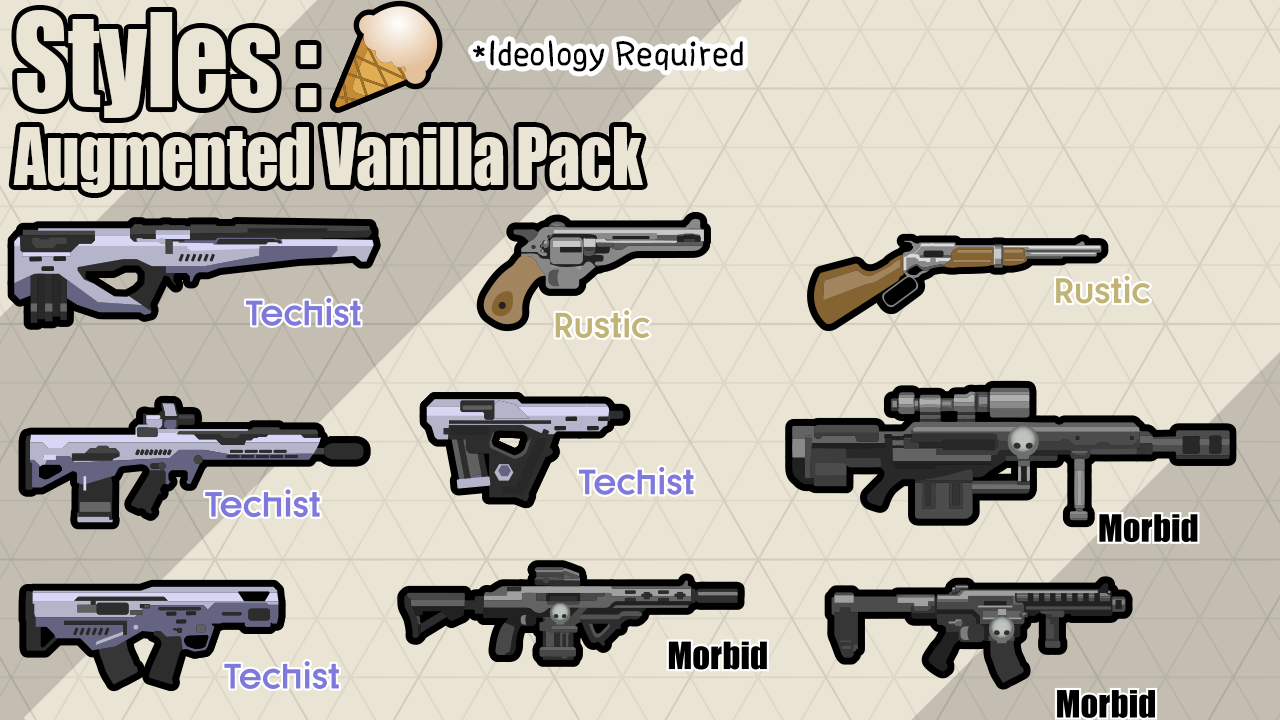